For the 34th consecutive year, the people of Quebec demonstrated the strength of solidarity during the Opération Enfant Soleil Telethon, which was broadcast live on TVA from the Théâtre Capitole. Sick children and their families were able to witness the exemplary generosity shown across the province throughout the day and when the final tally was announced at a record-breaking $20,517,468.

“We all dream of a healthy future. For families affected by a child’s illness, today’s action is very real and powerful. All Quebec came to tell them that they are not alone and that together we will do everything we can to help them. Thanks to your generosity, it will be possible to offer them specialized equipment and enable them to stay in their region to receive the best care. On behalf of the children, we thank everyone,” said Julie Lemieux, President and Chief Executive Officer of Opération Enfant Soleil. 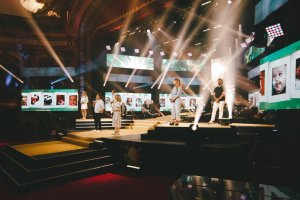 To comply with the safety and preventative measures in place, the event was held in a new format without an audience and was partly pre-recorded and partly live. To meet the challenge, the Opération Enfant Soleil team was able to count on the support of all the caring people involved with the cause, including the Enfants Soleils, partners, and volunteers. Many thanks to TELUS and Thrio, who accomplished the feat of creating virtual call centres for a second straight year so that more than 300 volunteers could collect generous donations from thousands of donors in the safety and comfort of their homes. 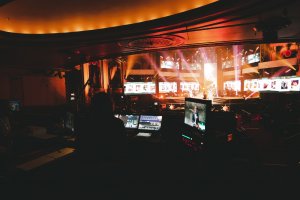 The success of this 34th Telethon would not have been the same without the extraordinary hosting of Annie Brocoli, Maxime Landry, Alain Dumas, Anick Dumontet, Mélissa Bédard, Josée Lavigueur, and Félix-Antoine Tremblay. Many thanks also go to all our spokespersons and collaborators who contributed to the production of various video clips over the past few weeks: Camille Dg, Philippe Fehmiu, Roseline Filion, Louis-Georges Girard, Eve-Marie Lortie, Annie-Soleil Proteau, and Arthur L’aventurier. Finally, thank you to the many artists who gave touching performances, including 2Frères, Roxane Bruneau, Sylvain Cossette, Marc Dupré, Clay and Friends, Anthony Kavanagh, Koriass and les jumeaux Yambo, Marie-Josée Lord, Lunou and William from Star Académie, Andréanne A. Malette, and Patrick Norman.

Because of the dedication of thousands of donors, volunteers, and partners, and the generosity of all the caring people who support Opération Enfant Soleil’s mission, we can help families affected by illness. “The presence and generosity of all those who give are palpable thanks to the equipment that our son benefits from during his hospital appointments. It’s as if you were telling us that it’s going to be okay—we’re here,” said Marie-Claude Bilodeau, mother of seven-year-old Emrick. “Thank you from the bottom of my heart and see you next year!”